This week my heart, like the hearts of so many of you, is broken. Another terror attack has torn loved ones from their families and friends and the world is once again shaken and afraid. The House of Representatives approved a bill to stop Syrian and Iraqi refugees from entering the US. The French have fought back. Senator Chuck Schumer (D-NY), speaking at the National Committee for the Furtherance of Jewish Education’s 75th annual dinner, called terrorism a “cancer that has spread throughout the world.” He expressed what many in the Jewish community have thought for years, mainly that when Israel fell victim to terrorism in the 1970s the world left Israel to defend it on her own.

So here I sit. Scared, confused, angry. Mostly angry that the world refused and continues to refuse to do what Senator Schumer suggests and connect the dots. Terrorism today leads us directly back to terrorism in Israel when El Al planes were hijacked and Olympic athletes were shot in Munich in 1972.

Of course this type of denial is nothing new. Last night I attended a meeting of the Tennessee Holocaust Commission’s Second Generation group. The talk turned, naturally, to the concentration camps. Specifically we were discussing my visit two years ago to Majdanek, the camp that remains intact today and stands as a memorial to those murdered there. The camp sits just across the railroad tracks from the small town of Majdanek. The obvious question is how could the residents of that town be so blind to the atrocities taking place right in their midst? How could they miss the train cars loaded with Jews, not notice the smoke from the ovens?

My theory is that human nature simply cannot allow us to accept the brutality that can be inflicted by one person onto another. It simply cannot be that people could watch while others walked to their death in the gas chambers they believed were showers. It is impossible to believe one man can slice off the head of another. How could someone turn themselves into a human bomb in the name of faith and murder families enjoying a meal in a restaurant or a night at the theater?

It is time we stop this denial. Human beings can be some of the most brutal, cruel and destructive animals on the planet. But the answer to ending this brutality must not be more brutality and hatred. As humans we have the power of reason and self-knowledge and the capacity for love, compassion and understanding. I wonder when the chaos will end. How many more innocents will die? I don’t have the answer to these questions, but I do know we must keep the conversation going. We must look at history, at events like the Holocaust, and keep telling the stories. The words “Never Again,” have to mean something. 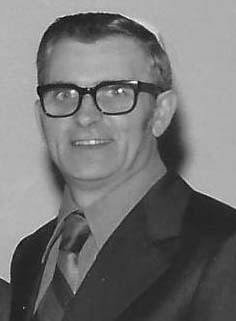